Why no mention of Twitter and Elon Musk? The real news is McKinsey on communities.

The biggest news today in digital and social is undoubtedly Elon Musk's acquisition of Twitter. But we haven't included a link to a news article, as which one would we link to? And we're sure you've already heard the news.

Our take is more measured. Let's wait and see. Twitter has been around since 2006, and we've both been active on it since early 2007. Twitter has established itself as a vital news and social platform. Despite the frequent criticisms and complaints about toxicity, it remains a vital platform for public relations and communications professionals. Quite simply, it's the platform where people that 'matter' hang out. It's where you'll find journalists, politicians, activists, academics, experts and more. They 'matter' because they influence everyone else.

This is unlikely to change overnight. Let's wait and see what Elon Musk does with his new toy. And remember he might be rich, but even he isn't going to want to break his new $44 million toy.

Check out our other stories to see that Twitter isn't the only news story around. In particular read the blog post on communities. McKinsey thinks the “big idea” in 2020s marketing is community. We think community is going to be even more important for public relations and communications.

In a quote in a new best practice guide Stuart warns that PR and communications risks blowing the community opportunity as it has blown digital communications opportunities in the past. Talk to us today to make sure you don't blow it!

ESG is increasingly rising to the top of the agenda for many businesses. However, too often the focus is on the E (Environment), while S (Society) and G (Governance) get little attention.

This article looks at how one organisation is using AI to analyse qualitative data to assess the social impact of projects.

Did this email cost Mailchimp's billionaire CEO his job?

Navigating changing social expectations is a challenge for everyone. It is particularly difficult for leaders who have been successful, but now need to change their behaviour to meet different expectations from society including customers and employees.

MailChimp founder Ben Chestnut found this out at the cost of his job when he failed to understand the nuances of the new expectation to specify personal pronouns.

My take is that personal pronouns were initially confusing as it felt and looked like virtue signalling. But it's worth doing because it can make other people more comfortable in doing so if it becomes the acceptable norm. It's not for you, it's for them.

Social listening platform Talkwalker has partnered with customer engagement platform Khoros to publish a report into what they believe will be the social media trends of 2023.

There are always lots of these reports and we combine the data and insights from many of them to help inform our insights and advice to clients.

Number 10 is interesting. "Personas are over, you will think 'communities'." 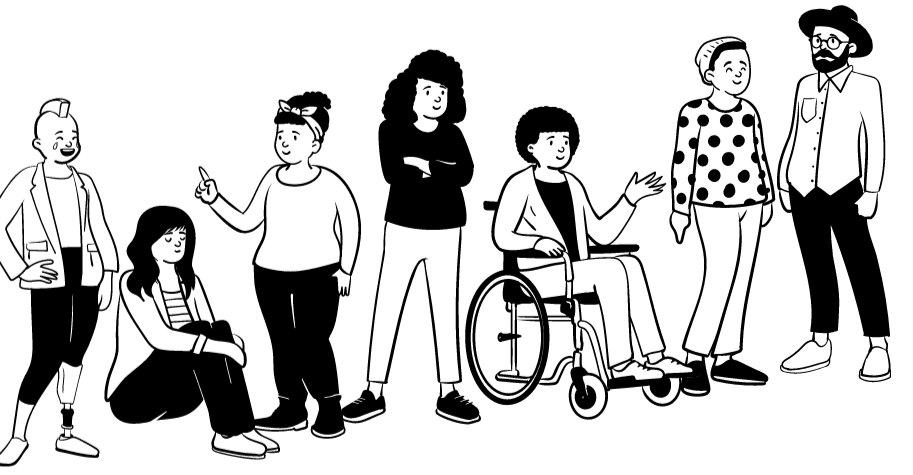 If a picture is worth a thousand words, then what is an illustration worth? Open Peeps offers what is best described as a toolkit for creating illustrations of people that can be used by a none specialist. Flexible enough to create a wide and diverse set of figures in different poses and positions, it is also free to use under the CCO license. Brighten up your text with quality illustrations.

You know that AI is becoming mainstream when Microsoft launches a brand-new design app powered by the OpenAI DALL-E 2 model.

Microsoft Designer enables users to create designs (such as social media graphics, invitations, brochures etc) by typing a description of what they want. It's part of the new Microsoft Create site which will also provide other tools for all types of creators, from documents and images to videos and presentations.

My first impression is that it looks good, but it's bizarre that while it will be free the additional features will be available via Microsoft 365 Personal and Family subscriptions. It means I won't get to use it in my business subscription. Microsoft still doesn't get that for the self-employed and small business owners the boundaries are so amorphous as to be non-existent. Its artificial division of family and small business is confusing and unhelpful as neither the family nor the business subscription really work. 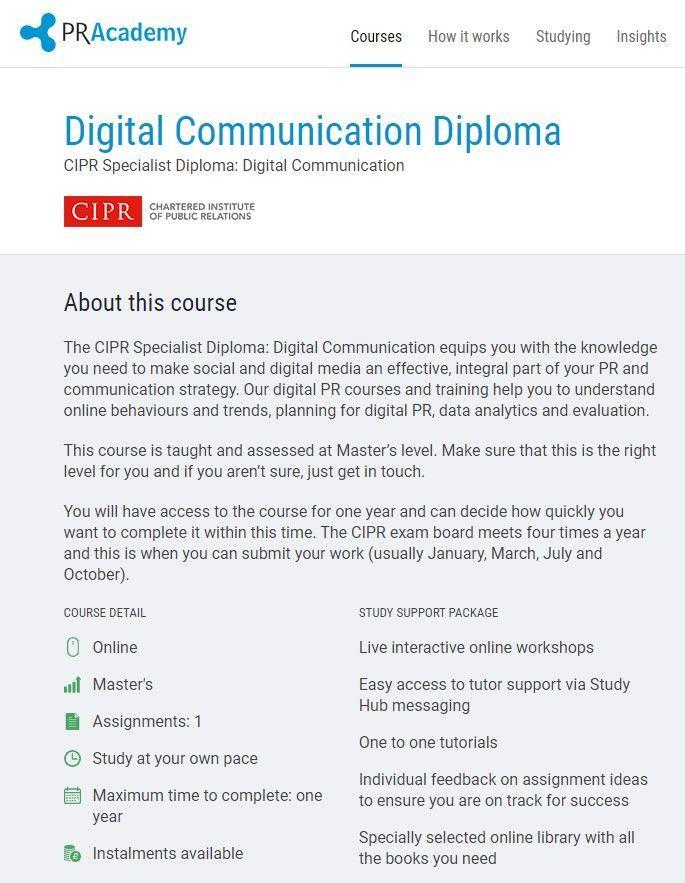 I can now let you know about one of the projects I worked on over the summer. I worked with PR Academy to help redesign its Chartered Institute of Public Relations Digital Communications Diploma course content.

Find out more on my LinkedIn post, including how to sign-up for the qualification. PR Academy's new learning platform means you can now sign up and learn when you want, which makes it far more flexible for those wanting to pursue continuous professional development through qualifications.

This was in addition, and separate to, the many training workshops I run for the CIPR.

An engaging article looking at the potential impact of the GPT-3 AI language model on Google's search business. A GPT-3 based service has the potential to provide 'better' answers than Google to users’ questions, but there is still some way to go before the GPT-3 is a serious challenge to the proprietary Google natural language processing engine. Google is working hard to down rank AI-written content, so this represents another area where the emergence of rapidly developing, open AI offers a threat to one of the biggest companies in the world. 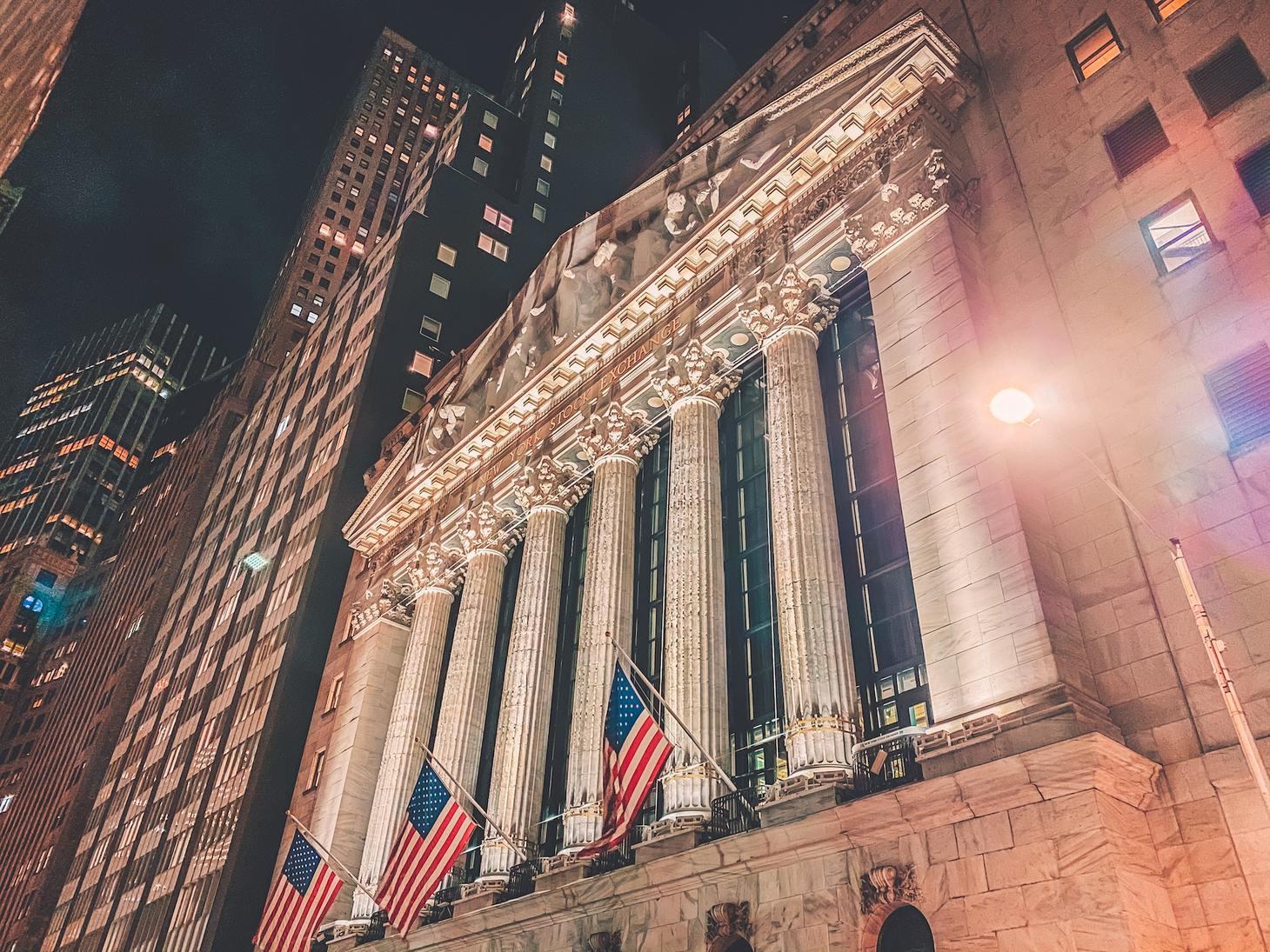 I've long-warned of the dangers of using personal apps, such as WhatsApp, for business. In the USA 16 financial firms have just paid $1.8 billion for doing so. Firms fined include Barclays, Bank of America , Citigroup, Credit Suisse, Goldman Sachs, Morgan Stanley and UBS because staff discussed deals and trades on their personal devices and apps.

The problem is that the companies didn't preserve the majority of those personal chats, violating federal rules which require broker-dealers and other financial institutions to preserve business communications.

That's why it's essential to use messaging apps that provide an audit trail and highlights the importance of owning your own data. Employees might like using, and know how to use, WhatsApp, but that doesn't mean it's the best or safest platform for you. It usually isn't. 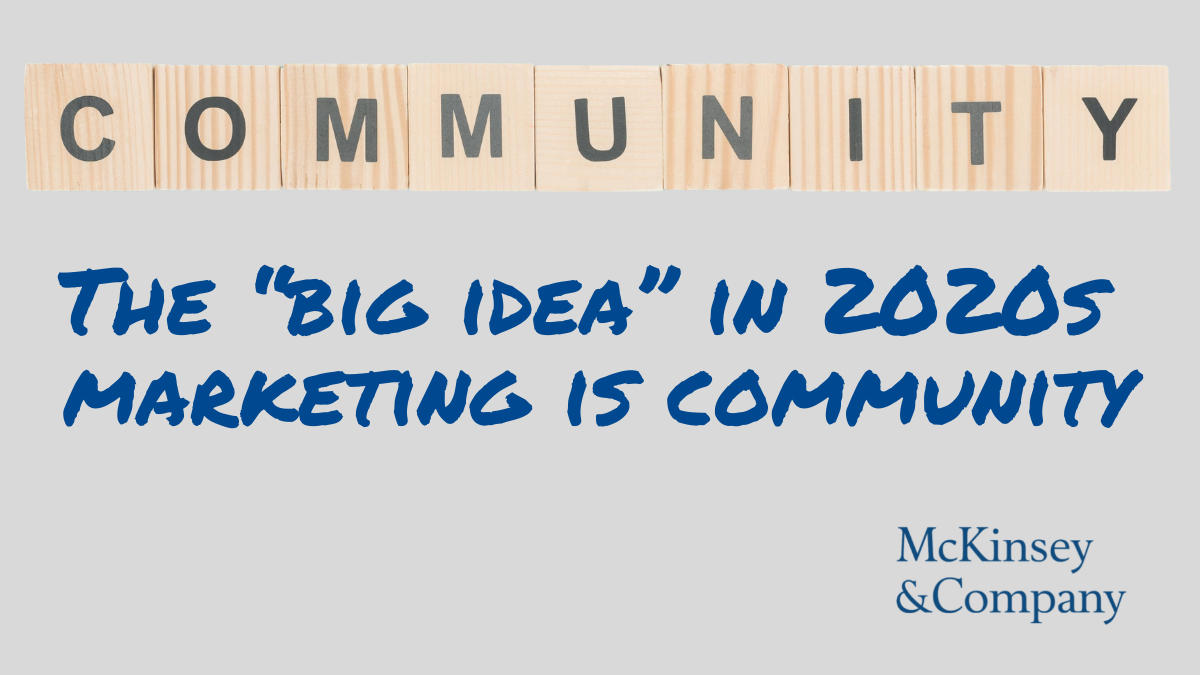 According to McKinsey the “big idea” in 2020s marketing is community. The late September timing of the McKinsey article was fortuitous as in early October a new best practice guide to professional communities was published.

The What is Community Based Marketing (CBM) Best Practice Guide is written by Ashley FriedLein and Michelle Goodall of professional community platform Guild. It is available as a free download. I was asked to contribute and several of my quotes are included in the guide.

In this blog post I expand on those thoughts and ideas and provide a link to the guide.

Can we help you?

If you've been intrigued by anything you've seen in this issue of PR Futurist then book a free chat to talk to us about how we can help you with communication measurement and evaluation, communication technology (CommTech), professional development or the future of crisis communications.