Do you remember your first time?

What were you thinking? We were thinking about all the times we were the first or one of the first to do something in public relations or communications.

We were reminded of this by all the Twitter turmoil. We both joined Twitter in early 2007 and within a couple of months were using it to run a national political campaign. It's not the only first in communications that we've done, and Stuart has done even more. These are just some we can remember:

We could keep going with things like the UK's first 'mummy blogger' meet-up (what we now call influencers), and the UK's first 100% digital lobbying campaign (which was successful), but you get the idea.

The new hot spots in PR and communications that we're using, exploring and experimenting with include online communities, augmented reality, blockchain, data and analytics.

Earlier this year we launched an invite only professional community for public relations and communications professionals. We've just relaunched it and invite you to join. If you are a PR, comms leader or aspiring leader then you're welcome. Read more about the Comms Leaders Club below.

It's our fiftieth birthday. This is the fiftieth edition of PR Futurist.

Thank you to everyone who has been here from the start and those of you who've joined more recently.

We'd love it if you can drop us an email to say hi and what you like about PR Futurist.

Comms Leaders Club is a global community where public relations and communications leaders and aspiring leaders can share ideas, ask questions, and discuss the future of our profession.

It's a safe space primarily for in-house communications leaders and aspiring leaders to connect, communicate and collaborate.

We are focused on the future of our profession. What innovative ideas for professional practice are emerging? How we use technology effectively to revolutionise our work? How do we use data and analytics? How do we measure and evaluate communications? How do we show our real value? What is the future of work?

Most of our members have 10+ years' experience of communications and public relations.

Click on the link to request to join Comms Leaders Club. 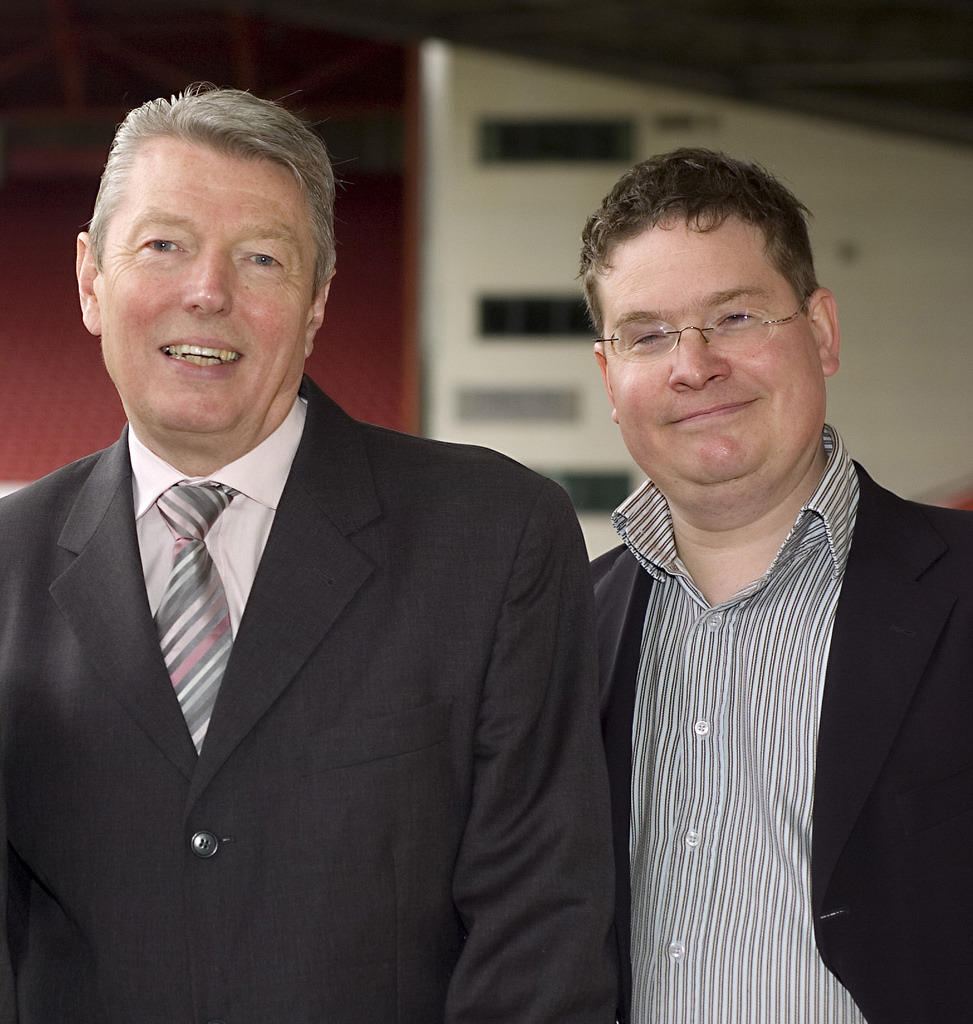 The descent of Twitter into a tragic soap opera reminded me of the early days of Twitter. Twitter started in 2006, and I joined at the start of January 2007. Within months, I was already using Twitter as part of a national political campaign. We were nearly the first major political campaign to use Twitter, but Senator John Edwards beat us to it with his bid to be the Democrat's nominee for President.

I was director of communications for Alan Johnson, who was bidding to be deputy leader of the UK Labour Party. This article in The Guardian was the front page lead of the Technology section and provides details of what the early days of Twitter were like.

I was reminded of all this by Antonia Bance, who is now head of communications and campaigns at the TUC (the group for trade unions in the UK). She tweeted about remembering a 'Tweet-up' where the handful of Twitter users at the Labour Party conference got together for a drink and a chat.

Jen Psaki on winning the war against fake news

If there is one speaker I'd love to hear in real life, it's Jen Psaki. When I saw she was speaking at the PRovoke Global Summit it tipped me into deciding to go... until I realised the dates clashed with speaking at an internal conference for the 200+ communications and marketing team of a client.

This is a great write-up of what I missed. 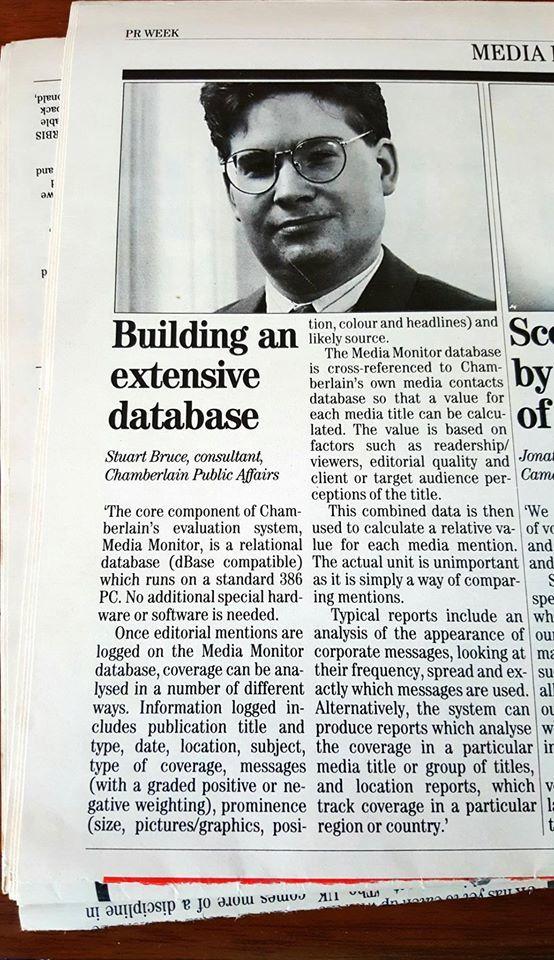 No apologies for the hair and the suit. It was the early 90s.

It's the nostalgia edition of PR Futurist as it's always worth looking back into history to see what we can learn about the future. November is Measurement Month for the public relations and communications industry. It's 25 years since the first one.

I've always been fascinated by the importance of measurement. As can be seen from this PRWeek article from 1991 about a measurement system I invented for the consultancy I worked for at the time.

A new report from BuzzSumo claims to help you "understand what sets journalists apart from other creators, how likely they are to mention your brand, and how to make your pitch perfect."

It's well worth a look.

Not only did I miss the PRovoke Global Summit in Washington DC, but I also missed the CIPR National Conference in London. Luckily Simon Baugh, the chief executive of the UK Government Communication Service, has shared a copy of his speech.

I'd have enjoyed hearing my old friend Simon talking about the communication challenges of Omicron, Russia’s invasion of Ukraine, the Cost of Living, and the death of Her Majesty The Queen.

I think you'll agree that would be a heck of lot for any communications team to deal with in five years, let alone one year!

Does anyone agree that short form video is either easier to create or easier to consume than short form text? That's what this article claims. I'm sceptical. In fact, no, I'm not sceptical. It's just wrong. It's physically impossible for it to be true as watching video always takes more time than reading text. People might like video more, but it's never going to be easier to watch or create, compared to text.

Don't get me wrong, as I love watching TikTok videos. It's far more than just trending tracks and crazy dance memes. There is lots of serious and interesting content, as well as the fun stuff. But it's much harder to watch a video than to read tweets. There are lots of places and scenarios where you can read discretely, but it's impossible to watch videos with sound. And making TikTok videos is obviously much, much harder than writing a good tweet. I can't even begin to fathom the logic of how anyone could think it is easier.

Both video and text have their place. It's never going to be either/or, or better/worse. What do you think?

It seems there isn't a month goes by where there isn't another important new announcement about online communities. This time it's WhatsApp which has officially launched Communities. The new WhatsApp feature offers more structured discussion groups aimed at clubs, organizations, teams, and more.

Our take is that you're still definitely best off using a platform that has been specifically created for hosting professional and branded communities.

It's yet another indication that McKinsey's prediction that communities would be the "big idea" for the 2020s is true.