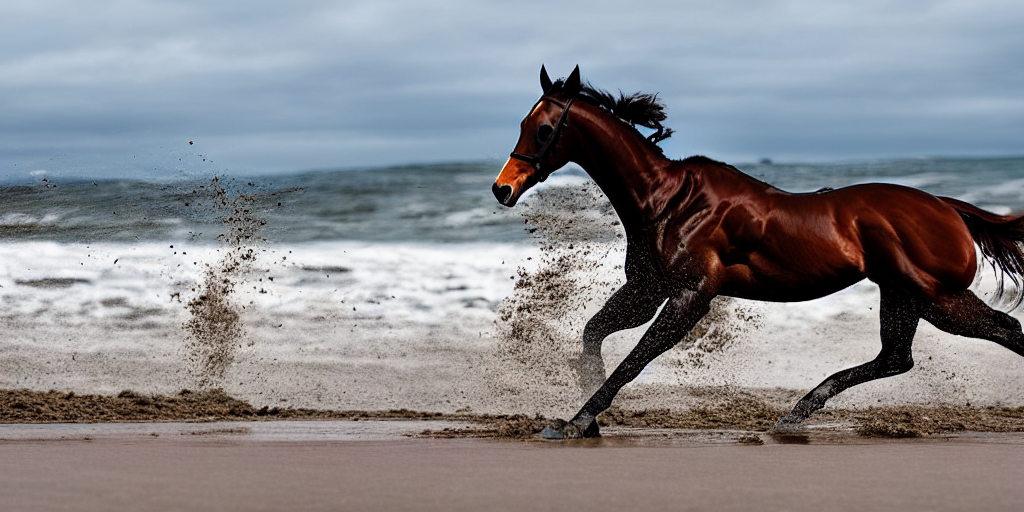 We're back and we've the pictures to prove it!

After a brief summer hiatus, PR Futurist is back with a round-up of some of the public relations and corporate affairs stories you might have missed.

The picture of a race horse on a rugged, windswept beach is actually an AI-generated image created in 60 seconds using that description. Read about it below and have a play with Dream Studio for free. Let us know if you create something you really like.

In crisis communications the question of if a company or organisation should apologise is often a source of tension and disagreement. Often senior people don't want to apologise simply because it goes against their grain and isn't how they think or behave.

It's often thought that lawyers are the main barrier to offering a genuine apology. In my experience, that's often not actually the case. A good lawyer who understands reputation and media will often offer the same counsel as a public relations professional with crisis communications expertise. More often the problem is the lawyer providing the advice isn't a reputation or media expert, but is a generalist or commercial lawyer. They react conservatively and provide advice that is just one legal interpretation and is wrong one in the circumstances.

This is a great article by Mischon de Reya partner Emma Woolcott, who actually is an expert and explains how good lawyers and good PR people can work together on crisis communications.

She also reveals who the real villains are (although she doesn't call them villains!). It's the insurance companies who deliberately prevent directors and companies from behaving in a moral or ethical way.

Open AI’s DALL-E gets most of the attention for its amazing AI-generated images. But at Purposeful Relations we've also been playing with Stable Diffusion, which is similar but with one big difference. The whole thing is available via the Dream Studio beta. If you have a powerful enough computer and graphics card you can even download it to run the model locally.

Just type in a description as a prompt and a few seconds later you can have up to nine AI-generated images. This is "a Land Rover racing through a forest at night."

The licence terms are generous and allow you to use the images for commercial use. Stable Diffusion is trained using millions of copyright images scraped from the web, which raises interesting moral questions. But how different is it to a human artist seeing images and subliminally using them as inspiration?

September is Ethics Month and organisations like the PRCA, CIPR and WCFA have been running a series of events and initiatives. It's a good time to share the Journalist's Toolbox page on Ethics as many of the tools are equally useful to public relations and communications professionals. It's a US resource so not everything is relevant, but it's still well worth a look.

Should brands be mimicking political advertising methods to attract consumers?

Political fundraisers are ‘the best marketers in the world,’ says Stagwell CEO Mark Penn, who came to fame for his work with President Bill Clinton. I met Mark Penn when he was CEO of Burson-Marsteller and my agency worked on one of the same clients. This is Mark's take on what brands can learn from political communications campaigns.

Editing a tweet becomes reality... but only if you pay and only in four countries!

For years Twitter gave weak excuses as to why it couldn't implement editing a tweet. Now that it's finally reality the concerns about it being abused by people deliberately changing the meaning of a tweet have been easily addressed. It will be clear if a tweet has been edited and the original version will be available.

Unfortunately it's not as good as it sounds. Editing tweets will only be available to Twitter Blue customers who pay US $4.99 a month. It actually makes Twitter Blue a lot better value as most of the rest of what you get is utterly pointless such as custom app icons.

Paying for extra features such as editing could actually be a good idea. The dumb part of Twitter's strategy is that Twitter Blue is only available in the USA, Canada, Australia and New Zealand. It's understandable for it to test new features in smaller markets first, but one large market and three small ones makes very little sense. 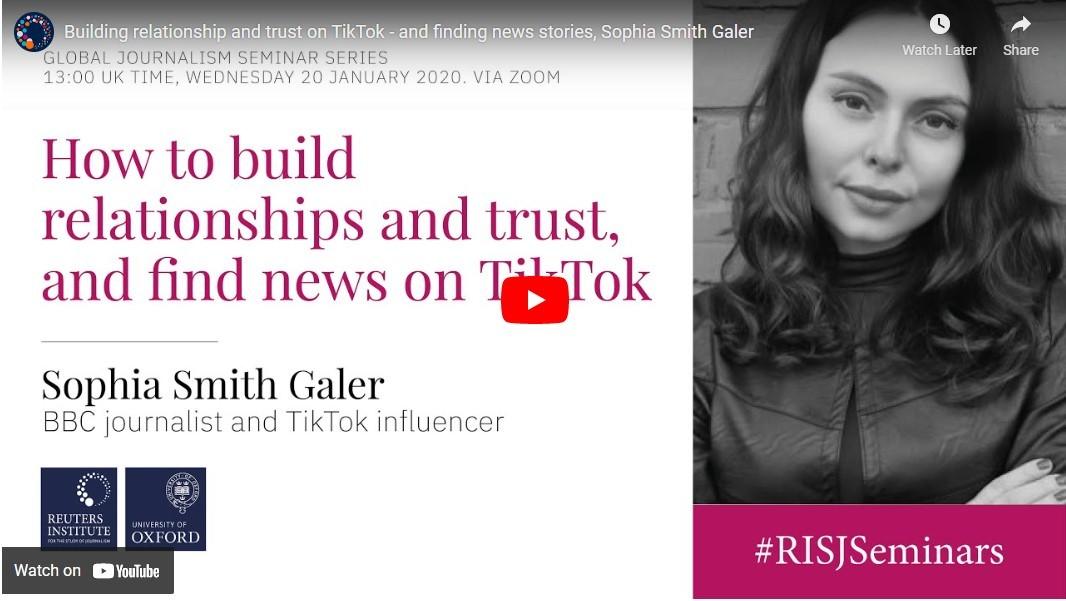 Sophia Smith Galer is a BBC journalist who creates great TikTok content. In this Reuters Institute for the Study of Journalism webinar she shares some top tips for how journalists can use TikTok. Needless to say, most of it also applies to creating great public relations content.

An interesting look at how B2B influencers on LinkedIn are becoming more and more important as part of a public relations or communications campaign. It's not simply about sales or lead generation, but also has an impact on corporate communications and public affairs.

Conversational market research platform Stickybeak has added TikTok to the social media platforms it uses to recruit respondents to its surveys.

“Traditional panels of professional respondents are limited in number even in the most advanced markets and so the ability to target a niche like parents in the Philippines or elderly Romanians is very limited, slow and enormously expensive. Panels also simply don’t exist in many markets so when, say, the World Health Organization wants to test messaging across the world, Stickybeak is by far the best option,” she added.

Muck Rack, the US-based journalist database and CRM, has secured its first external funding... a cool $180 million. It's claimed to be one of the largest growth equity investments in public relations tech on record.

We take it as another sign of the importance of communications technology, or CommTech, for public relations. For many PR agencies and in-house teams, it is now a significant investment which is why we help them to choose, buy and use it as effectively as possible. Too many PR and comms teams invest in disparate technology and tools and then fail to look at their culture, processes and people to ensure they get the maximum benefits.